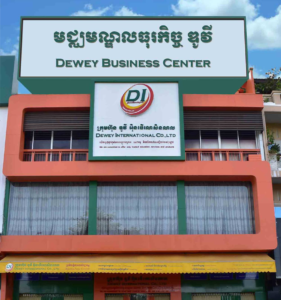 Another purpose of Dewey International Co., LTD was to run a K-12 school named Dewey International School (DIS) under a Prakas No. 102 of the Ministry of Education, Youth and Sport signed by the Minister. ​ Due to Dewey International Co., LTD’s  firm commitment to provide only trusted and quality educational services it soon gained the support and trust of the surrounding local community, and has gradually expanded its business services such as the Childcare campus in 2013, Elite campus for K-12 education in 2015, Kindergarten campus in June 2016, it has also penetrated the western region markets in other areas such as E-commerce, tourism and hospitality, real estate, financial services, and imports and exports in late 2014 which saw the company officially registered by the Ministry of Commerce Cambodia in December 2015 with a certificate of incorporation No. Co 4359KH/2015 as Dewey International Co., LTD.

Do you want to find high quality education for your children?